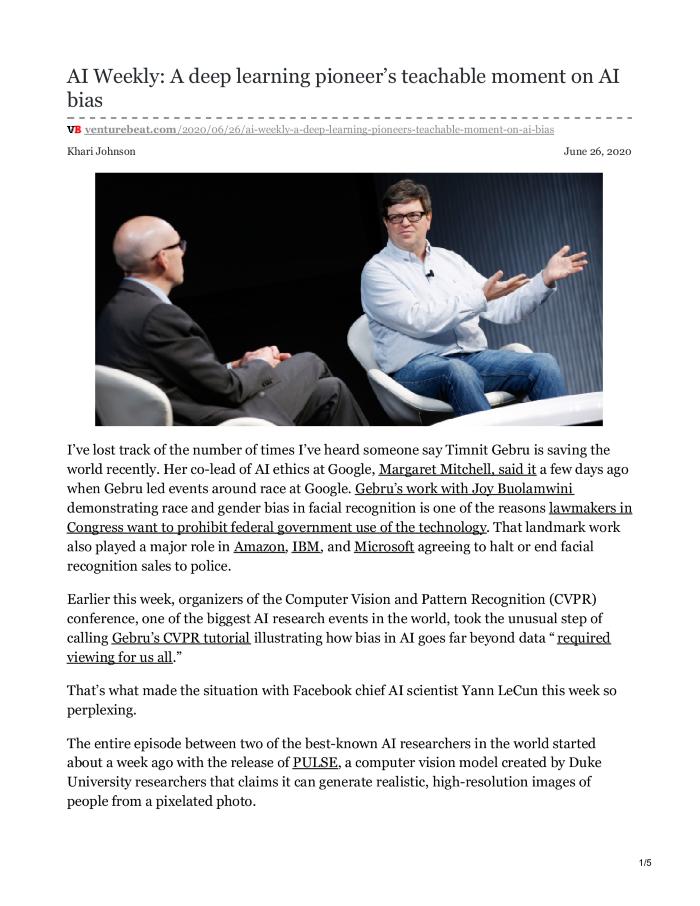 "The entire episode between two of the best-known AI researchers in the world started about a week ago with the release of PULSE, a computer vision model created by Duke University researchers that claims it can generate realistic, high-resolution images of people from a pixelated photo.

The controversial system combines generative adversarial networks (GANs) with self-supervised learning. For training, it used the Flickr Face HQ data set compiled last year by a team of Nvidia researchers. The same data set was used to create the StyleGAN model. It seemed to work fine on White people, but one observer input a depixelated photo of President Obama, and PULSE produced a photo of a White man. Other generated images gave Samuel L. Jackson blonde hair, turned Muhammad Ali into a White man, and assigned White features to Asian women."