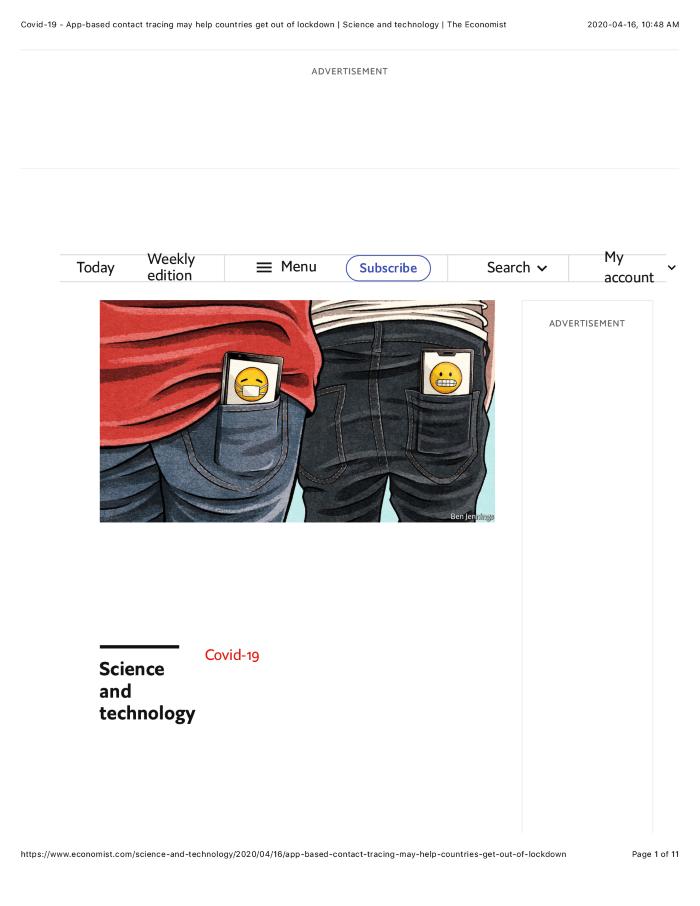 App-based contact tracing may help countries get out of lockdown

"On April 10th Apple and Google did something unusual: they announced plans to work together.  These two firms exert varying degrees of control over almost every operational smartphone on Earth—Apple through its production of both iPhones and the software that runs them, and Google thanks to a range of programs found in nearly all of the iPhone’s Android-powered rivals."

(April 16 2020). "App-based contact tracing may help countries get out of lockdown". The Economist. The Economist Newspaper Limited. Fabric of Digital Life. https://fabricofdigitallife.com/index.php/Detail/objects/4369