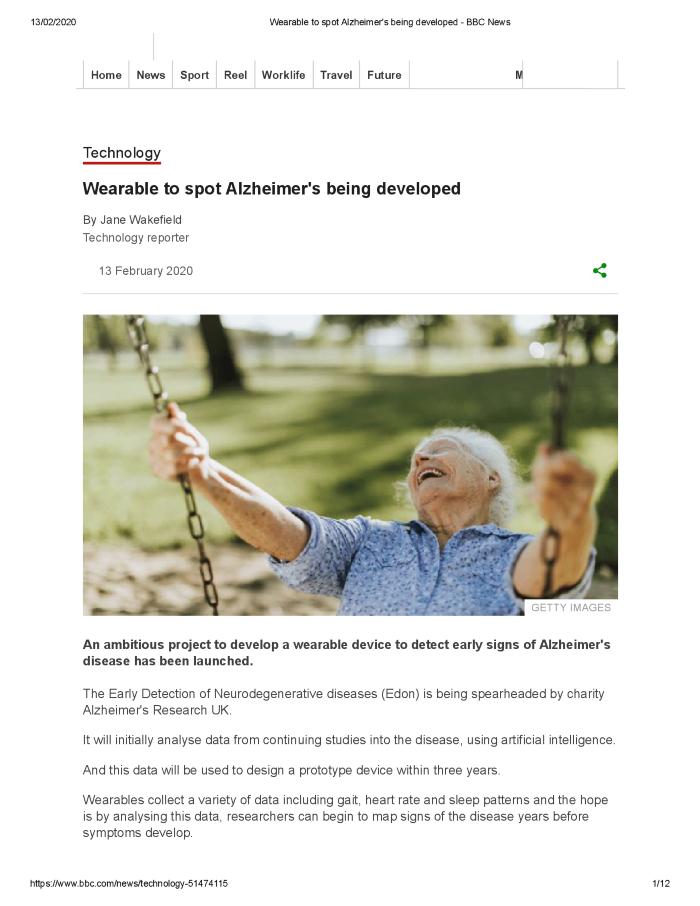 Wearable to spot Alzheimer's being developed

An ambitious project to develop a wearable device to detect early signs of Alzheimer's disease has been launched. The Early Detection of Neurodegenerative diseases (Edon) is being spearheaded by charity Alzheimer's Research UK. It will initially analyse data from continuing studies into the disease, using artificial intelligence. And this data will be used to design a prototype device within three years.

The initiative has been partly funded by Bill Gates.