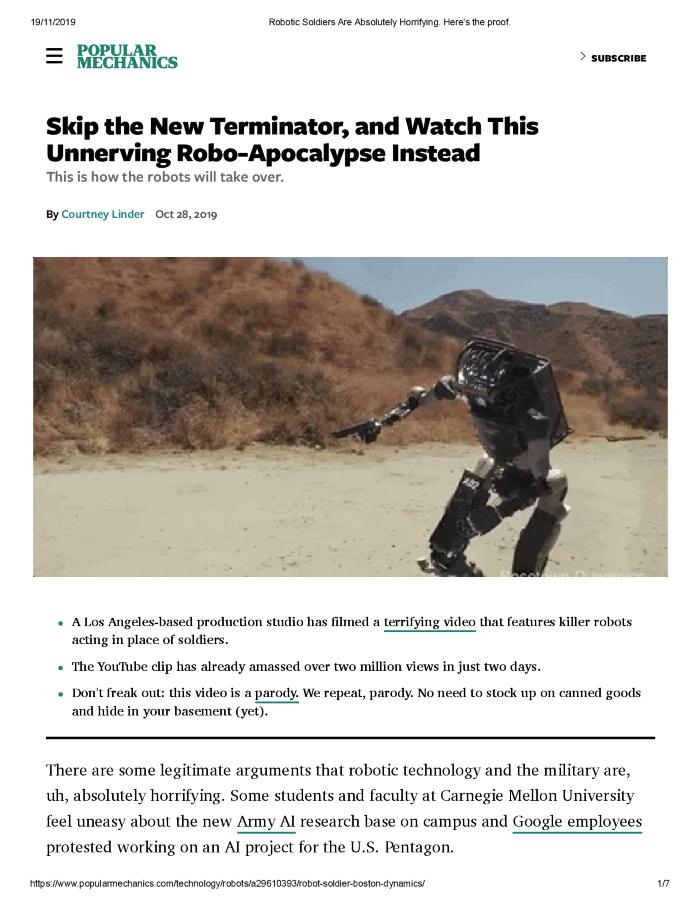 Skip the New Terminator, and Watch This Unnerving Robo-Apocalypse Instead

This article discusses the new (parody) video from Corridor Digital that depicts a Boston Dynamics-esque humanoid robot that is being used by the military. The video went viral and received over two million views in just two days. Just like their previous parody video, some people thought the "robo-apocalyptic" scenario was real.

Courtney Linder makes the connection between this video and some of the real-life AI research that the U.S. army has been involved in, as well as the new Terminator: Dark Fate film that has just been released.