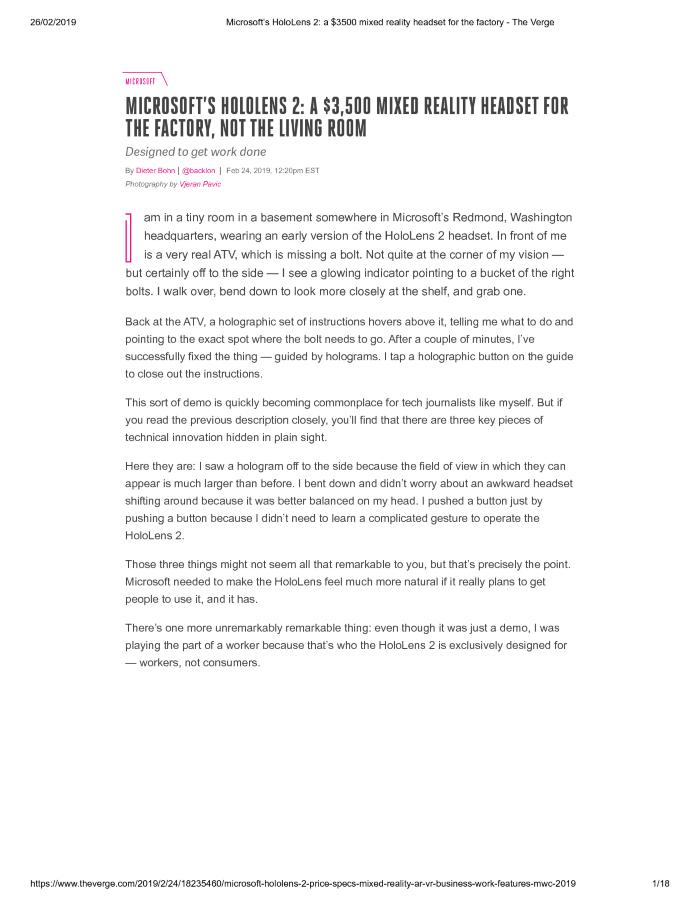 MICROSOFT’S HOLOLENS 2: A $3,500 MIXED REALITY HEADSET FOR THE FACTORY, NOT THE LIVING ROOM

he Microsoft HoloLens 2 is available for preorder today for $3,500, and it’s expected to ship later this year. However, Microsoft has decided that it is only going to sell to enterprise customers who want to deploy the headset to their ("front-line") workers. As of right now, Microsoft isn’t even announcing a developer kit version of the HoloLens 2.

Compared to the HoloLens we first saw demonstrated four years ago, the second version is better in nearly every important way. It’s more comfortable, it has a much larger field of view, and it’s better able to detect real physical objects in the room. It features new components like the Azure Kinect sensor, an ARM processor, eye-tracking sensors, and an entirely different display system.