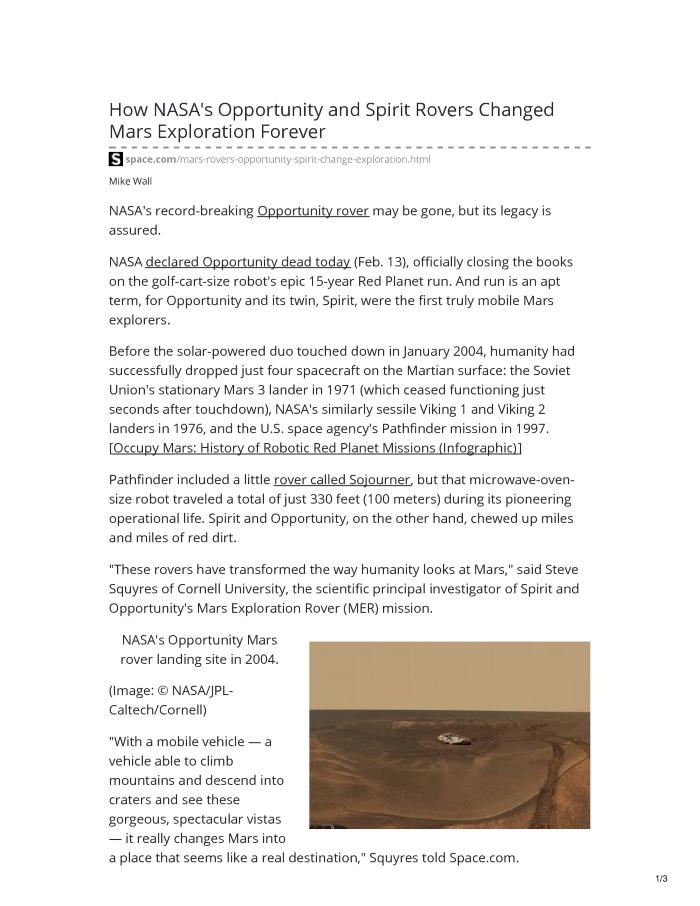 NASA's record-breaking Opportunity rover may be gone, but its legacy is assured.

Before the solar-powered duo touched down in January 2004, humanity had successfully dropped just four spacecraft on the Martian surface: the Soviet Union's stationary Mars 3 lander in 1971 (which ceased functioning just seconds after touchdown), NASA's similarly sessile Viking 1 and Viking 2 landers in 1976, and the U.S. space agency's Pathfinder mission in 1997.