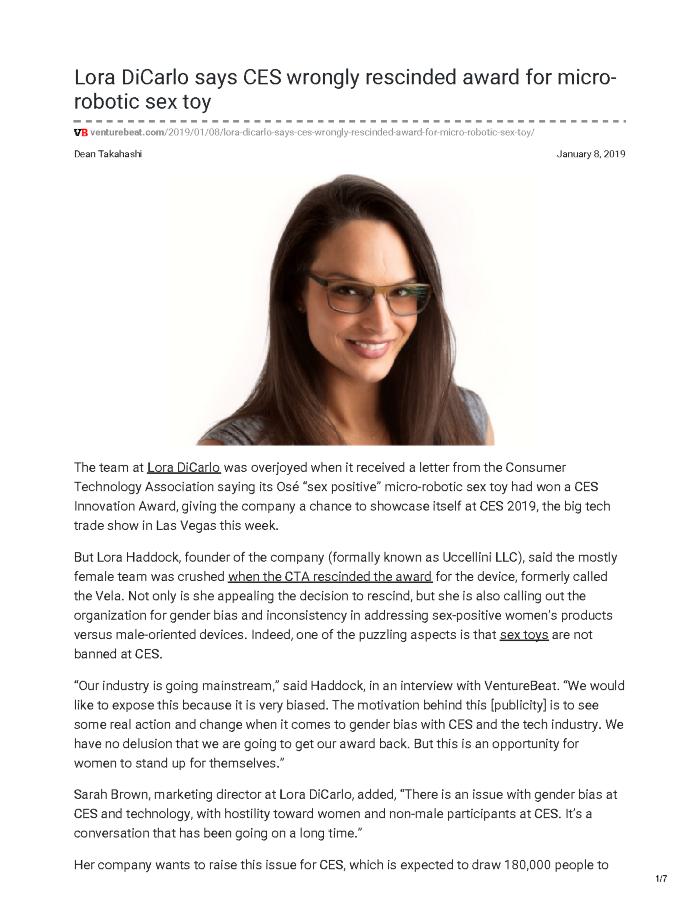 The team at Lora DiCarlo was overjoyed when it received a letter from the Consumer Technology Association saying its Osé “sex positive” micro-robotic sex toy had won a CES Innovation Award, giving the company a chance to showcase itself at CES 2019, the big tech trade show in Las Vegas this week.

But Lora Haddock, founder of the company (formally known as Uccellini LLC), said the mostly female team was crushed when the CTA rescinded the award for the device, formerly called the Vela. Not only is she appealing the decision to rescind, but she is also calling out the organization for gender bias and inconsistency in addressing sex-positive women’s products versus male-oriented devices.