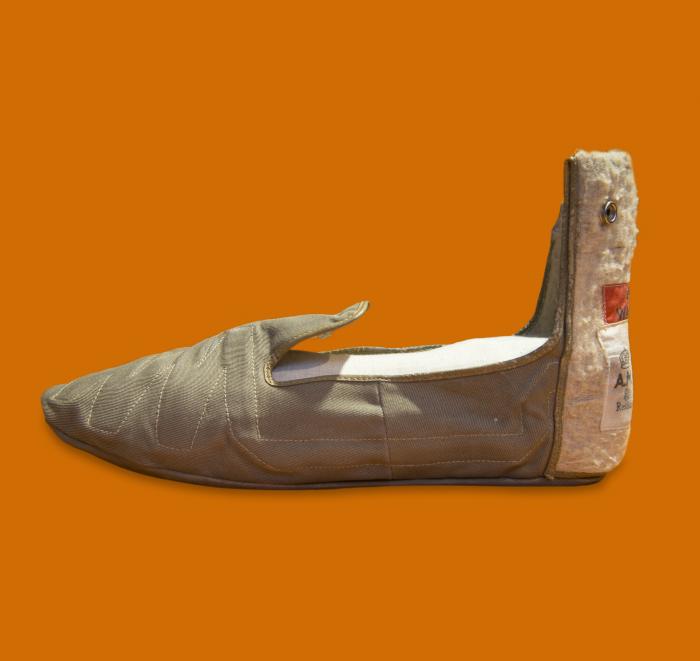 While not considered “smart” technology by contemporary standards, the integration of electricity with footwear in these pilot’s boot liners was surely considered an impressive example of technological innovation at the time. Created for high-altitude flying, these boot liners were lined with non-ferrous metal electrical connectors that could be powered—and heated—by the plane’s on-board electrical system. This was an efficient means of keeping a pilot’s feet warm during cold flights in non-insulated airplanes, without taking up additional space in the cabin. These particular boot liners were used by a British pilot, stationed in England during WWII, who wore them during a bombing campaign over Nazi-occupied Europe.

Made in London, England.