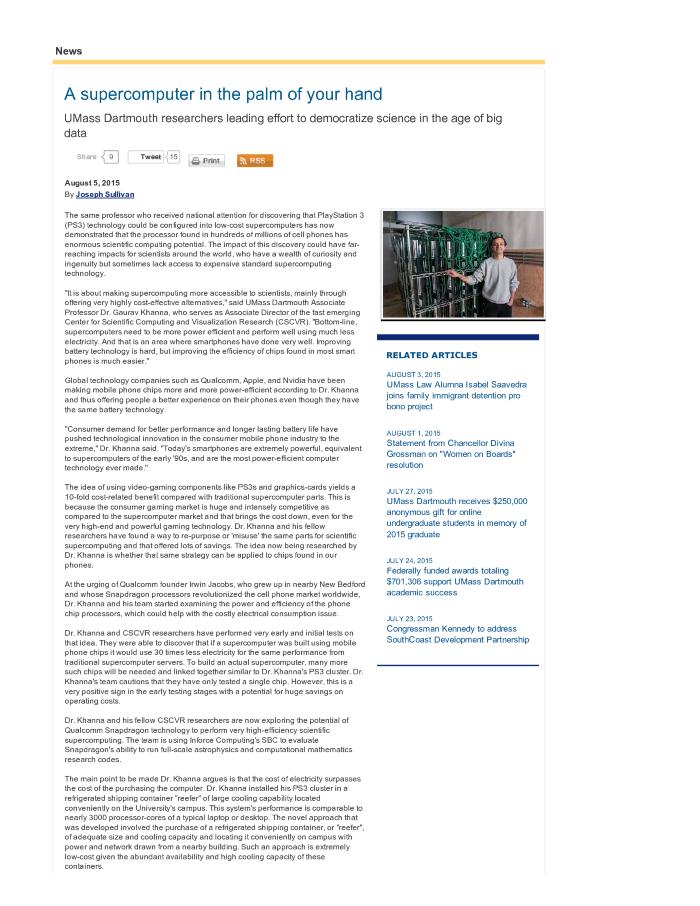 A Supercomputer in the Palm of Your Hand

Researchers at the University of Massachusetts Dartmouth are examining the possibility of using smartphone processors as energy-efficient alternatives to current supercomputer components. The team led by professor Gaurav Khanna, associate director of the Center for Scientific Computing and Visualization Research, has a background in finding creative alternatives to standard supercomputers. Khanna and his team were among the first to see the potential of gaming consoles, in particular the Playstation 3, and graphics cards as supercomputer alternatives. Among their previous projects is a supercomputer composed of Playstation 3s stored in a refrigerated shipping container that has the processing power equivalent of nearly 3,000 typical laptop or desktop processors. At the urging of Qualcomm founder Irwin Jacobs, Khanna and his team have been testing the company's Snapdragon smartphone processors to see if they could be used as an alternative to traditional supercomputer components. Their tests so far have shown the chips use 30 times less electricity to generate the same performance as typical supercomputer servers. However, the research is still in the early stages. Khanna's team now is testing the chips to see if they can run some of the high-end scientific programs used on supercomputers.