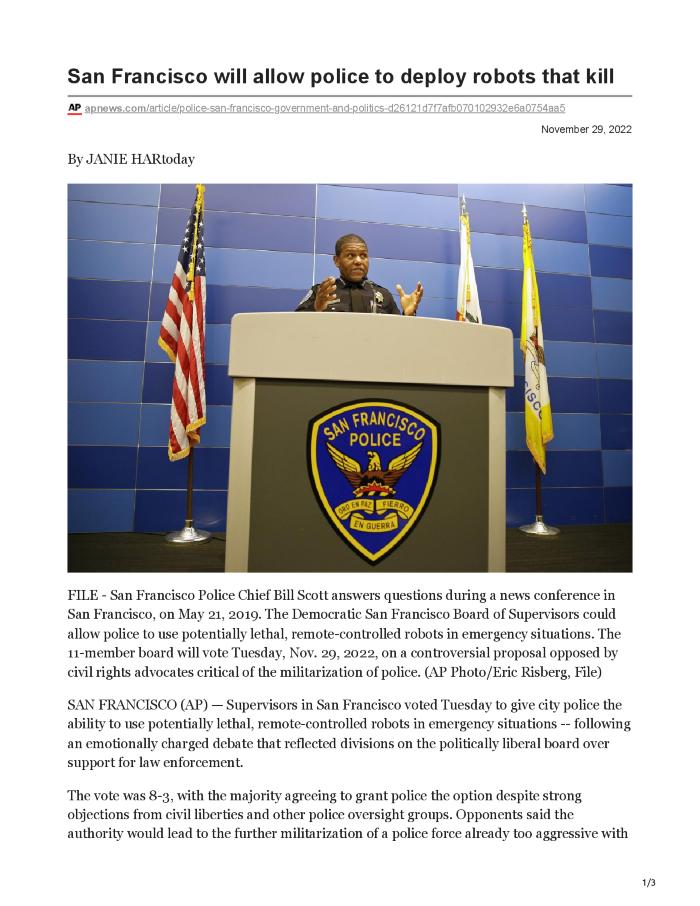 San Francisco will allow police to deploy robots that kill

"Supervisors in San Francisco voted Tuesday to give city police the ability to use potentially lethal, remote-controlled robots in emergency situations -- following an emotionally charged debate that reflected divisions on the politically liberal board over support for law enforcement.

The vote was 8-3, with the majority agreeing to grant police the option despite strong objections from civil liberties and other police oversight groups. Opponents said the authority would lead to the further militarization of a police force already too aggressive with poor and minority communities."