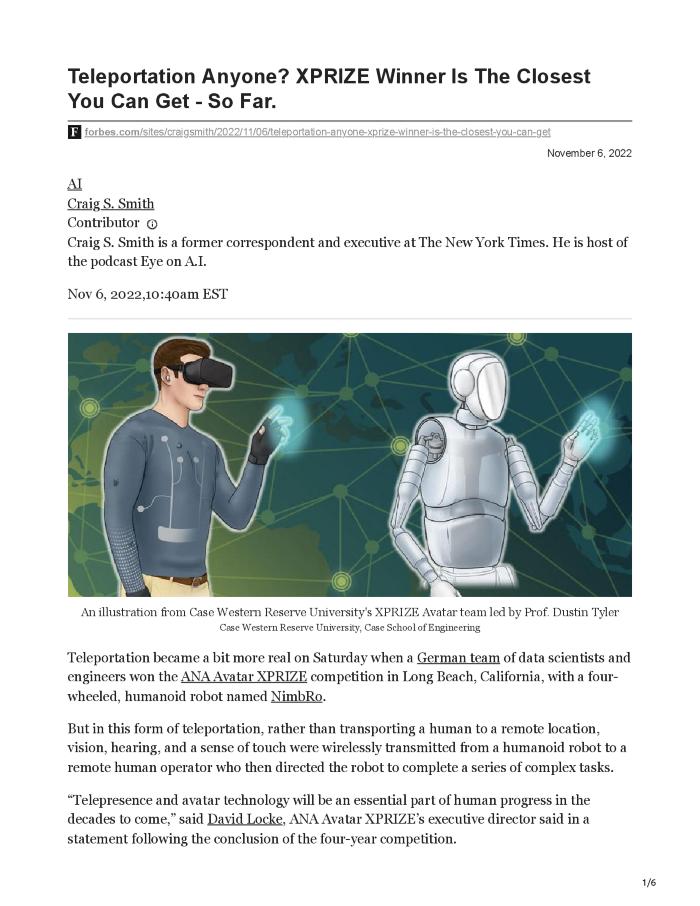 Teleportation Anyone? XPRIZE Winner Is The Closest You Can Get - So Far.

But in this form of teleportation, rather than transporting a human to a remote location, vision, hearing, and a sense of touch were wirelessly transmitted from a humanoid robot to a remote human operator who then directed the robot to complete a series of complex tasks."

While the current competition did not include the use of artificial intelligence, it's expected that AI would be an integral part of this technology in the future.

Craig S. Smith. (November 6 2022). "Teleportation Anyone? XPRIZE Winner Is The Closest You Can Get - So Far.". Forbes. Forbes Media LLC. Fabric of Digital Life. https://fabricofdigitallife.com/Detail/objects/5885