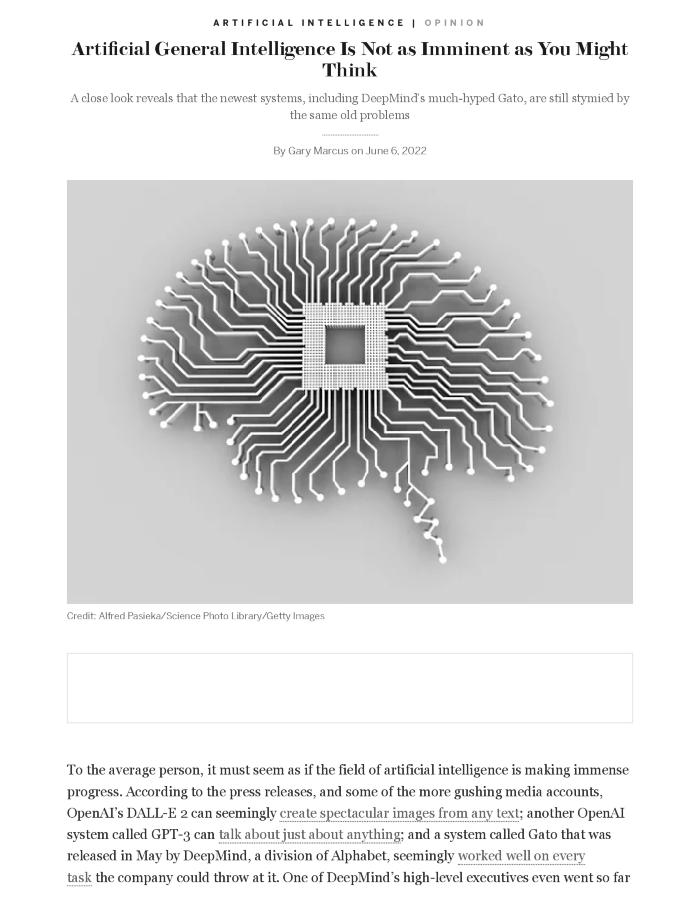 Artificial General Intelligence Is Not as Imminent as You Might Think

"To the average person, it must seem as if the field of artificial intelligence is making immense progress. According to the press releases, and some of the more gushing media accounts, OpenAI’s DALL-E 2 can seemingly create spectacular images from any text; another OpenAI system called GPT-3 can talk about just about anything; and a system called Gato that was released in May by DeepMind, a division of Alphabet, seemingly worked well on every task the company could throw at it. One of DeepMind’s high-level executives even went so far as to brag that in the quest for artificial general intelligence (AGI), AI that has the flexibility and resourcefulness of human intelligence"