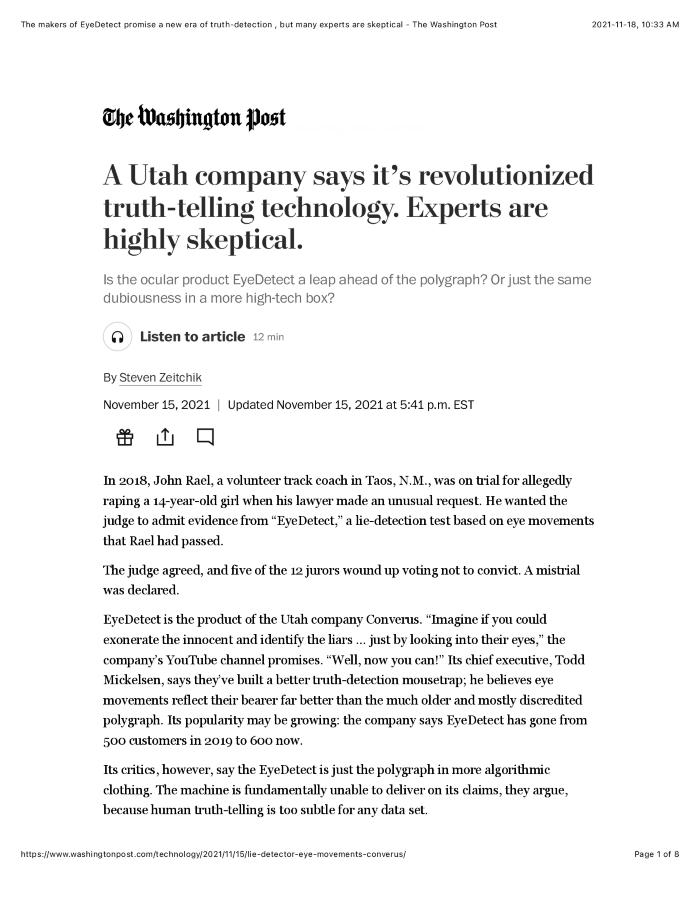 "EyeDetect is the product of the Utah company Converus. “Imagine if you could exonerate the innocent and identify the liars … just by looking into their eyes,” the company’s YouTube channel promises. “Well, now you can!” Its chief executive, Todd Mickelsen, says they’ve built a better truth-detection mousetrap; he believes eye movements reflect their bearer far better than the much older and mostly discredited polygraph. Its popularity may be growing: the company says EyeDetect has gone from 500 customers in 2019 to 600 now.

Its critics, however, say the EyeDetect is just the polygraph in more algorithmic clothing. The machine is fundamentally unable to deliver on its claims, they argue, because human truth-telling is too subtle for any data set."