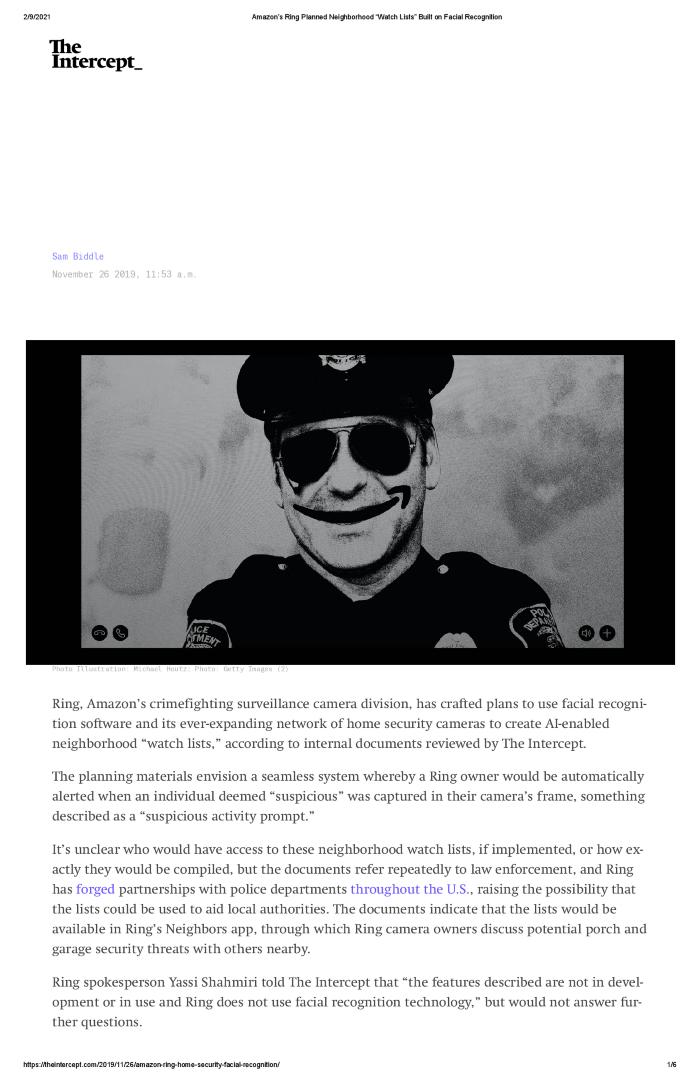 "Ring, Amazon's crimefighting surveillance camera division, has crafted plans to use facial recognition software and its ever-expanding network of home security cameras to create AI-enabled neighborhood “watch lists,” according to internal documents reviewed by The Intercept.

The planning materials envision a seamless system whereby a Ring owner would be automatically alerted when an individual deemed “suspicious” was captured in their camera’s frame, something described as a “suspicious activity prompt.”

It’s unclear who would have access to these neighborhood watch lists, if implemented, or how exactly they would be compiled, but the documents refer repeatedly to law enforcement, and Ring has forged partnerships with police departments throughout the U.S., raising the possibility that the lists could be used to aid local authorities. The documents indicate that the lists would be available in Ring’s Neighbors app, through which Ring camera owners discuss potential porch and garage security threats with others nearby."