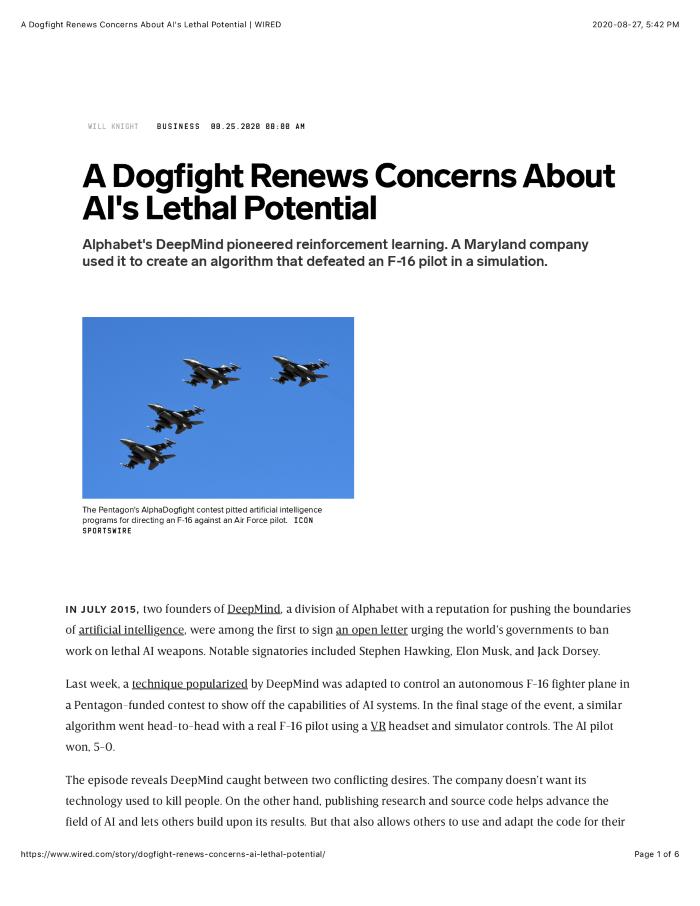 DeepMind was adapted to control an autonomous F-16 fighter plane in a Pentagon-funded contest to show off the capabilities of AI systems. In the final stage of the event, a similar algorithm went head-to-head with a real F-16 pilot using a VR headset and simulator controls. The AI pilot won, 5-0.

The episode reveals DeepMind caught between two conflicting desires. The company doesn’t want its technology used to kill people. On the other hand, publishing research and source code helps advance the field of AI and lets others build upon its results. But that also allows others to use and adapt the code for their own purposes.