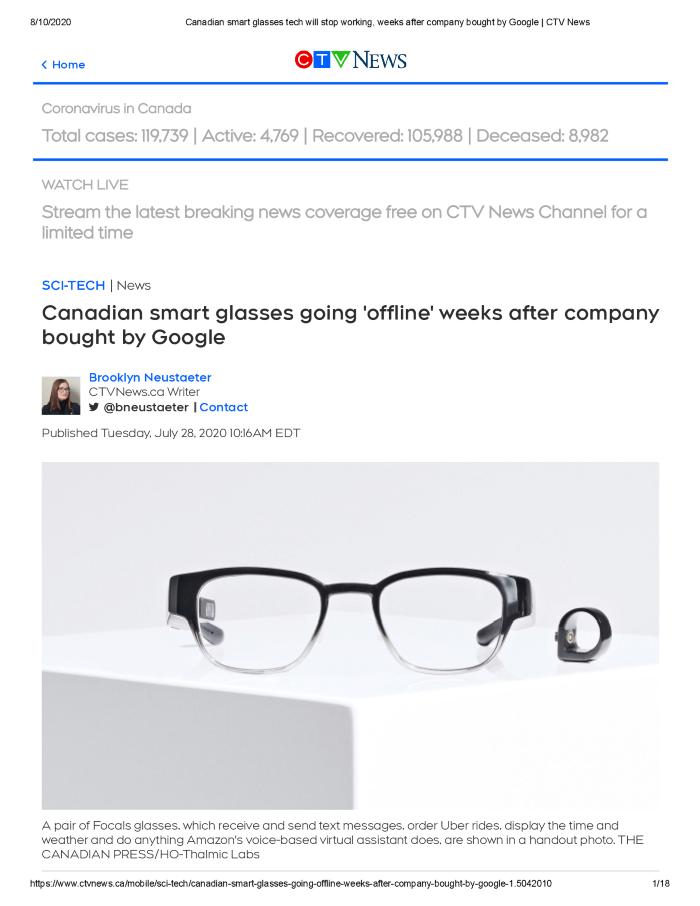 "TORONTO -- An Ontario-based tech company acquired by Google last month has told customers that its smart glasses will no longer work after Friday.

North, which started as Thalmic Labs in 2012, announced on June 30 that it would be "winding down" production of its Focals smart glasses following the acquisition. After July 31, the "smart" element of the glasses will be unusable."