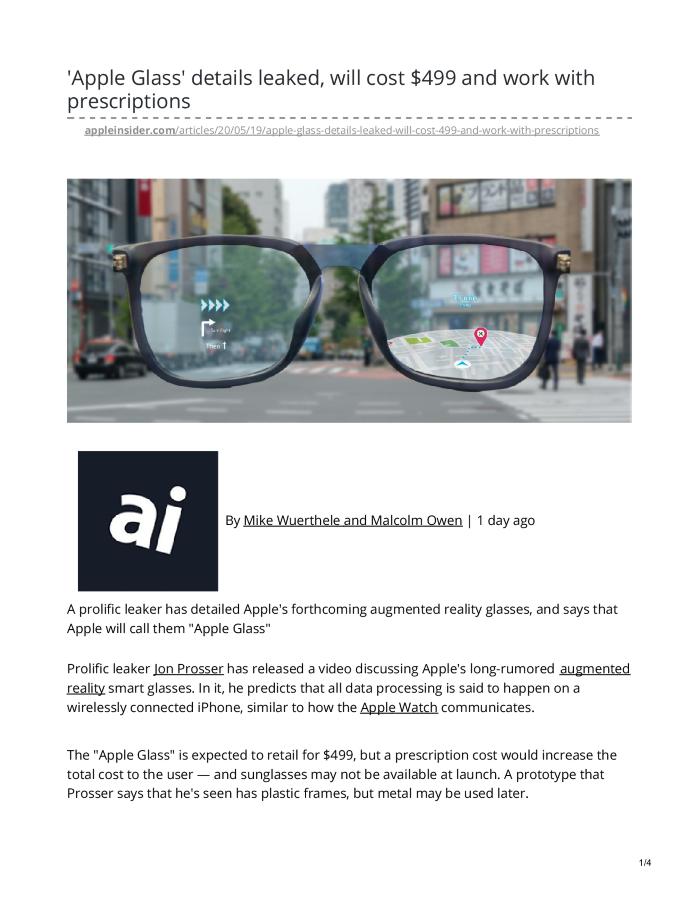 'Apple Glass' details leaked, will cost $499 and work with prescriptions

A prolific leaker has detailed Apple's forthcoming augmented reality glasses, and says that Apple will call them "Apple Glass"

Prolific leaker Jon Prosser has released a video discussing Apple's long-rumored augmented reality smart glasses. In it, he predicts that all data processing is said to happen on a wirelessly connected iPhone, similar to how the Apple Watch communicates.

The "Apple Glass" is expected to retail for $499, but a prescription cost would increase the total cost to the user — and sunglasses may not be available at launch. A prototype that Prosser says that he's seen has plastic frames, but metal may be used later.