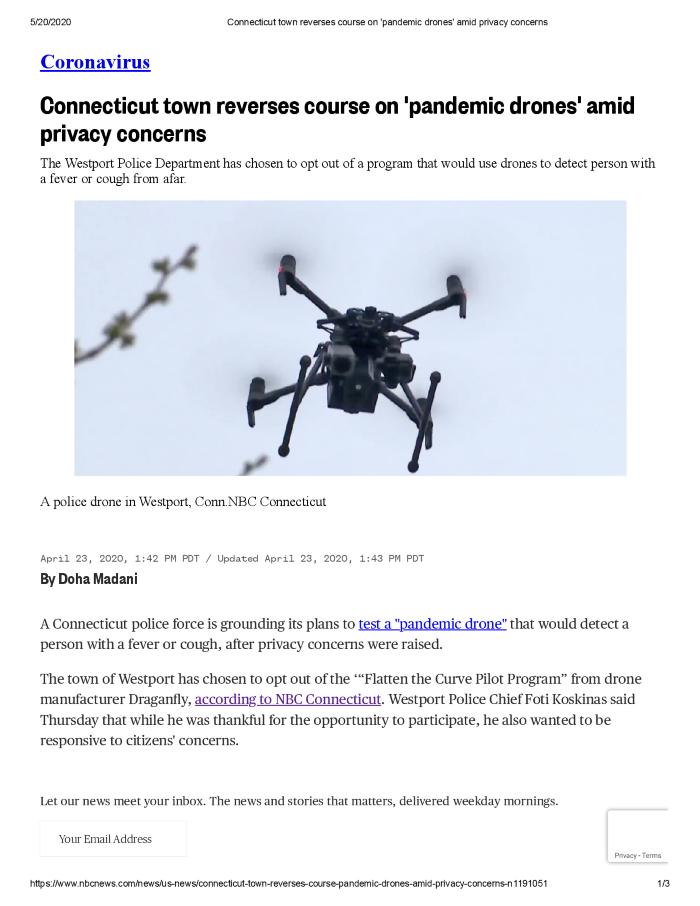 A Connecticut police force is grounding its plans to test a "pandemic drone" that would detect a person with a fever or cough, after privacy concerns were raised.

The town of Westport has chosen to opt out of the ‘“Flatten the Curve Pilot Program” from drone manufacturer Draganfly, according to NBC Connecticut. Westport Police Chief Foti Koskinas said Thursday that while he was thankful for the opportunity to participate, he also wanted to be responsive to citizens' concerns.