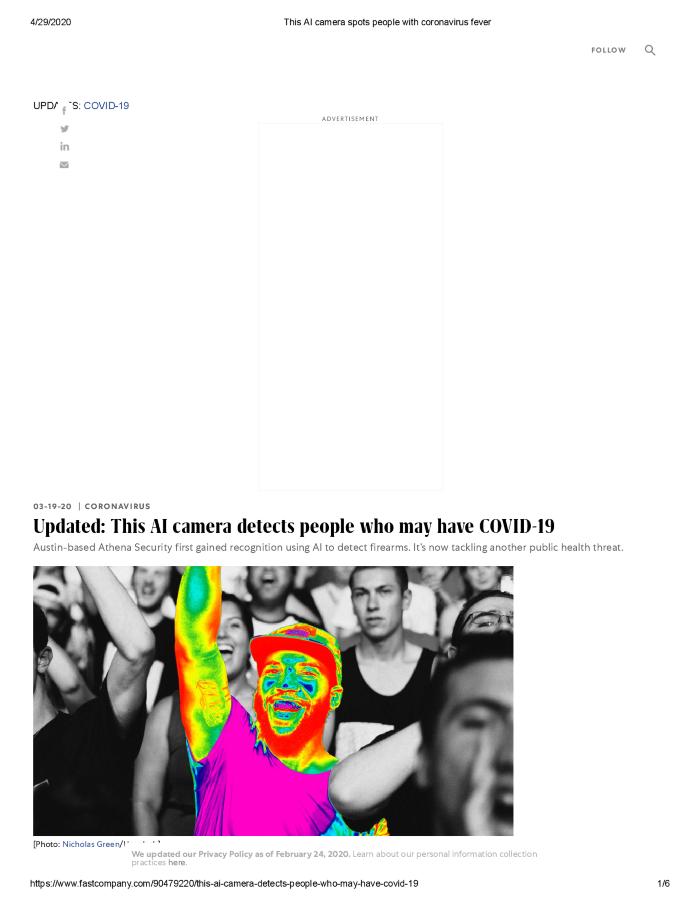 This AI camera detects people who may have COVID-19

This article discusses the Austin-based company Athena Security and their 'Coronavirus Fever Detection System' that uses thermal imaging and computer vision to monitor people's temperatures. They expect it to be used in places such as airports, hospitals, and military bases. Their system was originally developed in 2018 as a security measure to detect guns and other firearms.

The articles notes that, "Athena stresses that its system doesn’t record the faces of everybody who passes in front of the camera. The thermal camera doesn’t pick up on skin color. But it does record an image of the face of anyone who registers a fever. “We don’t like the word ‘surveillance,'” says [CEO Lisa] Falzone".

An update to the article states that the surveillance research and testing firm IPVM investigated Athena Security to reveal that they had faked some of the marketing content used to promote their system.