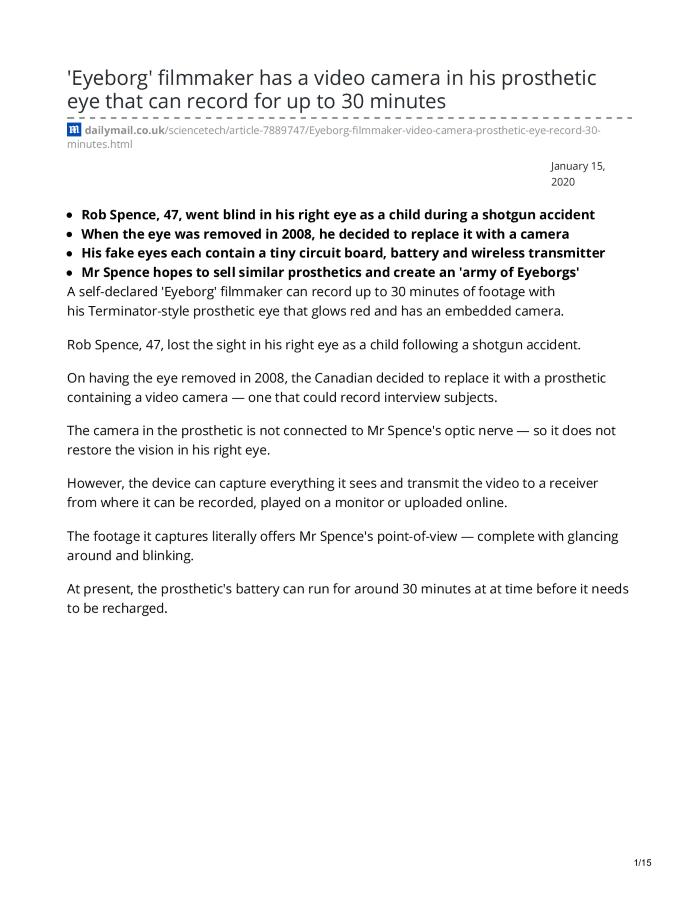 Rob Spence, 47, went blind in his right eye as a child during a shotgun accident. When the eye was removed in 2008, he decided to replace it with a camera. His fake eyes each contain a tiny circuit board, battery and wireless transmitter. Mr Spence hopes to sell similar prosthetics and create an 'army of Eyeborgs'."

"A previous iteration of the design featured a clear front-facing shell, through which the prosthetic's internal workings can be seen.

The latest models have significant improvements over the early versions, which could only film for around three minutes before the prosthetic would begin to overheat and Mr Spence would have to remove it".

"'I am excited to be partnering with a young ophthalmologist in Poland, Marcin Jaworski, who has a startup based on making prosthetic eyes with a 3D printer,' Mr Spence said.

'The company is called Next Eye Prosthesis and it will provide more exact and more accessible prosthetic eyes for the one-eyed people of the world — cheaper, more realistic, and faster to build,' he added."