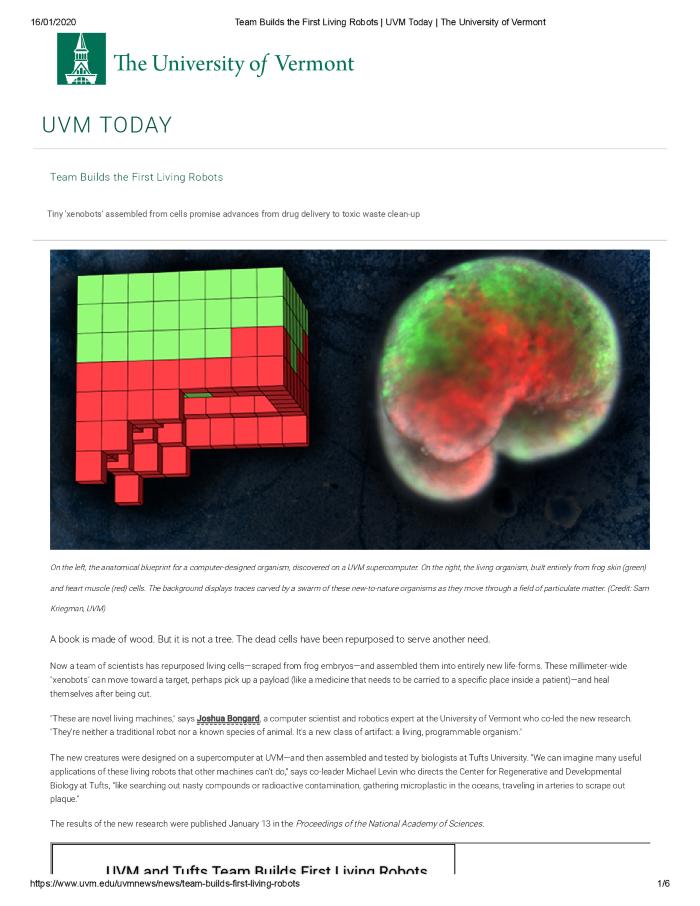 The University of Vermont

A team of scientists has repurposed living cells—scraped from frog embryos—and assembled them into entirely new life-forms. These millimeter-wide "xenobots" can move toward a target, perhaps pick up a payload (like a medicine that needs to be carried to a specific place inside a patient)—and heal themselves after being cut.

"These are novel living machines," says Joshua Bongard, a computer scientist and robotics expert at the University of Vermont who co-led the new research. "They're neither a traditional robot nor a known species of animal. It's a new class of artifact: a living, programmable organism."