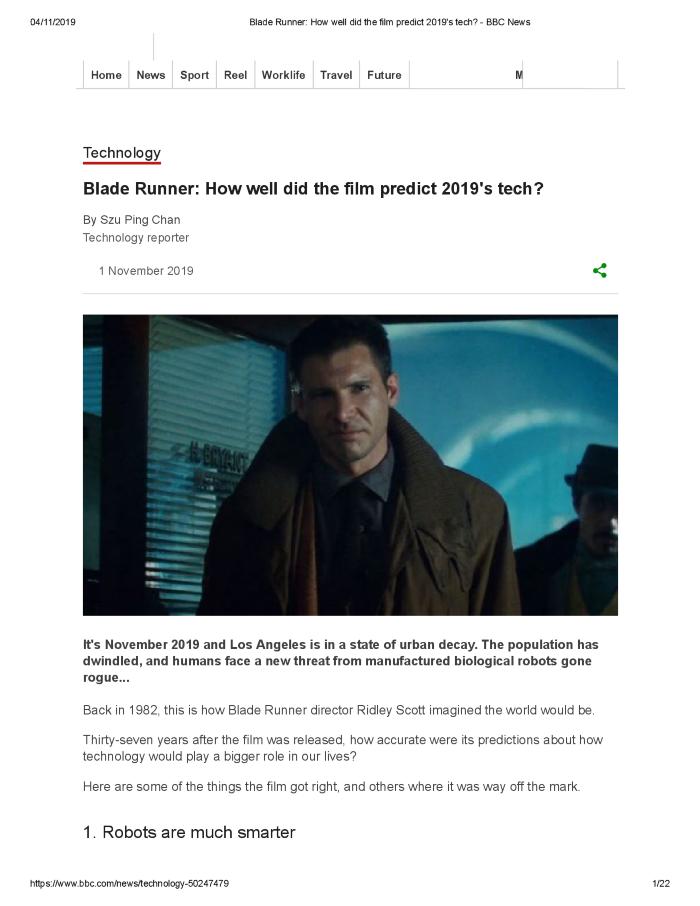 Blade Runner: How well did the film predict 2019's tech?

"It's November 2019 and Los Angeles is in a state of urban decay. The population has dwindled, and humans face a new threat from manufactured biological robots gone rogue...

Back in 1982, this is how Blade Runner director Ridley Scott imagined the world would be.

Thirty-seven years after the film was released, how accurate were its predictions about how technology would play a bigger role in our lives?"