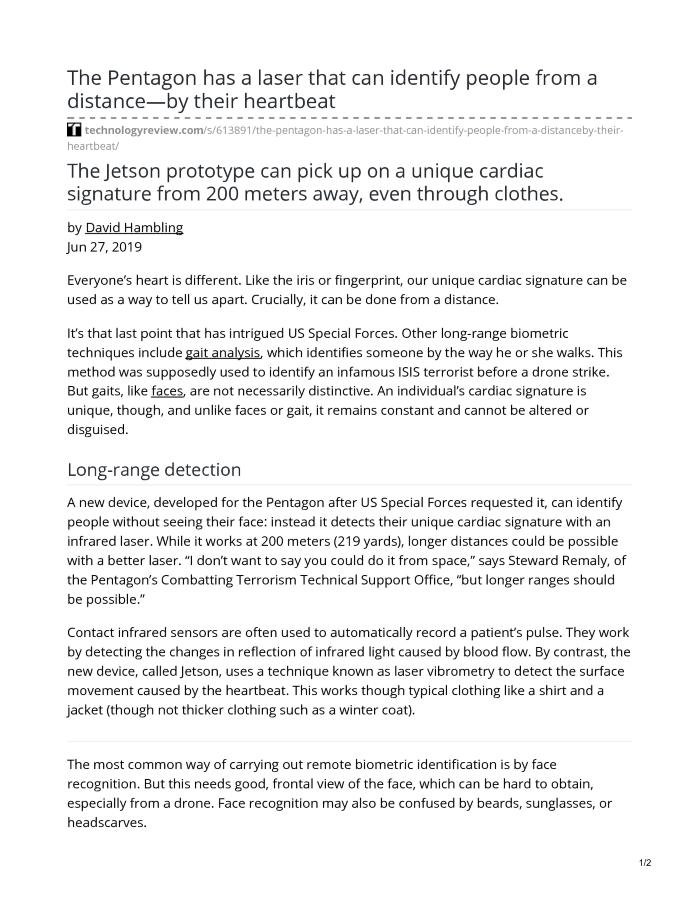 A new device, developed for the Pentagon after US Special Forces requested it, can identify people without seeing their face: instead it detects their unique cardiac signature with an infrared laser. While it works at 200 meters (219 yards), longer distances could be possible with a better laser. “I don’t want to say you could do it from space,” says Steward Remaly, of the Pentagon’s Combatting Terrorism Technical Support Office, “but longer ranges should be possible.”

Contact infrared sensors are often used to automatically record a patient’s pulse. They work by detecting the changes in reflection of infrared light caused by blood flow. By contrast, the new device, called Jetson, uses a technique known as laser vibrometry to detect the surface movement caused by the heartbeat. This works though typical clothing like a shirt and a jacket (though not thicker clothing such as a winter coat).

David Hambling. (June 27 2019). "The Pentagon has a laser that can identify people from a distance—by their heartbeat". MIT Technology Review. Massachusetts Institute Of Technology (MIT). Fabric of Digital Life. https://fabricofdigitallife.com/Detail/objects/4005