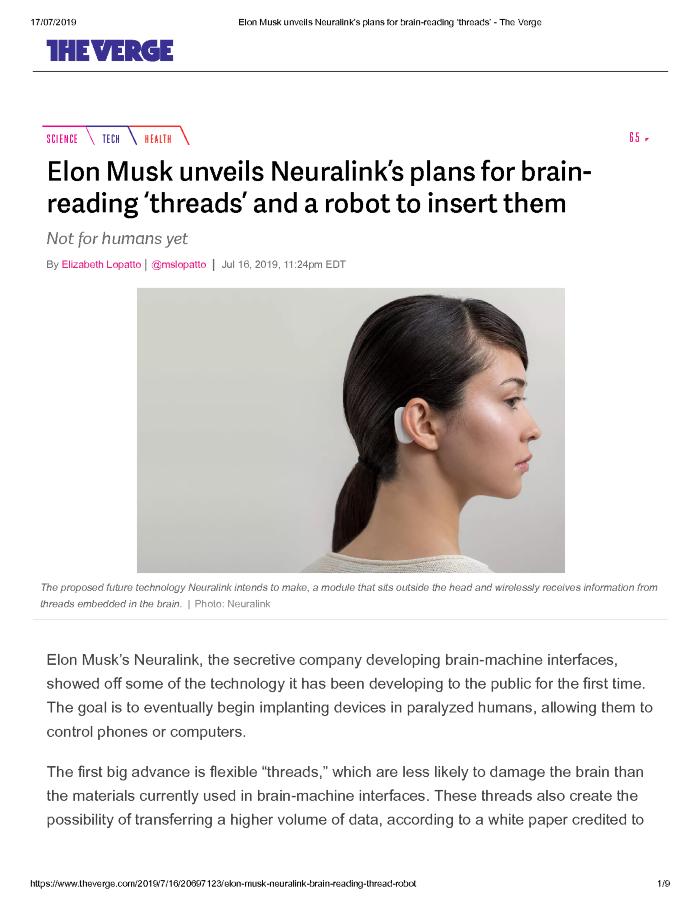 Elon Musk’s Neuralink, the secretive company developing brain-machine interfaces, showed off some of the technology it has been developing to the public for the first time. The goal is to eventually begin implanting devices in paralyzed humans, allowing them to control phones or computers.

The first big advance is flexible “threads,” which are less likely to damage the brain than the materials currently used in brain-machine interfaces. These threads also create the possibility of transferring a higher volume of data, according to a white paper credited to “Elon Musk & Neuralink.” The abstract notes that the system could include “as many as 3,072 electrodes per array distributed across 96 threads.”