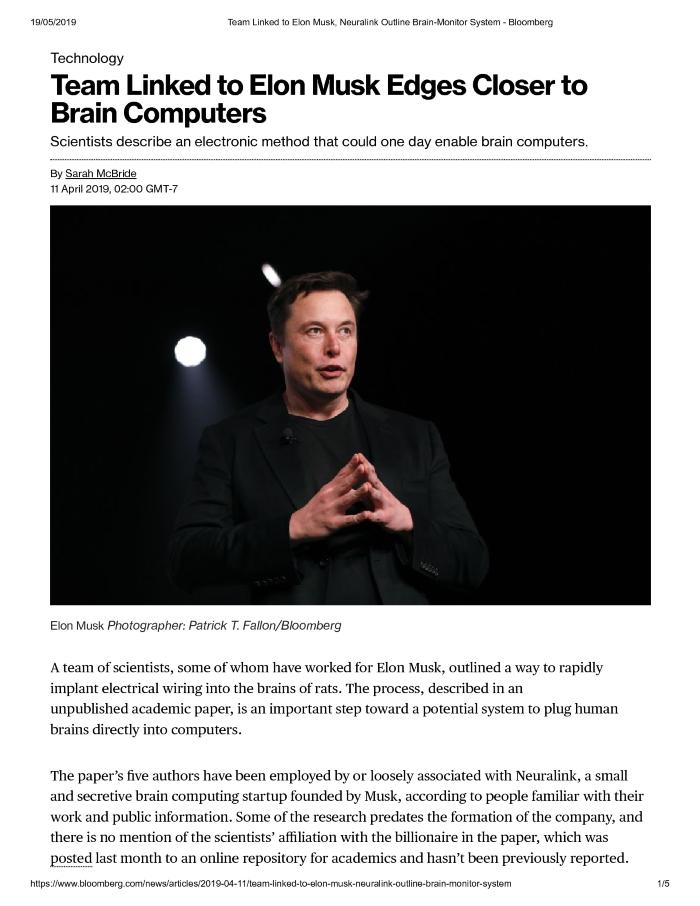 A team of scientists, some of whom have worked for Elon Musk, outlined a way to rapidly implant electrical wiring into the brains of rats. The process, described in an unpublished academic paper, is an important step toward a potential system to plug human brains directly into computers.

The paper’s five authors have been employed by or loosely associated with Neuralink, a small and secretive brain computing startup founded by Musk, according to people familiar with their work and public information. Some of the research predates the formation of the company, and there is no mention of the scientists’ affiliation with the billionaire in the paper, which was posted last month to an online repository for academics and hasn’t been previously reported.