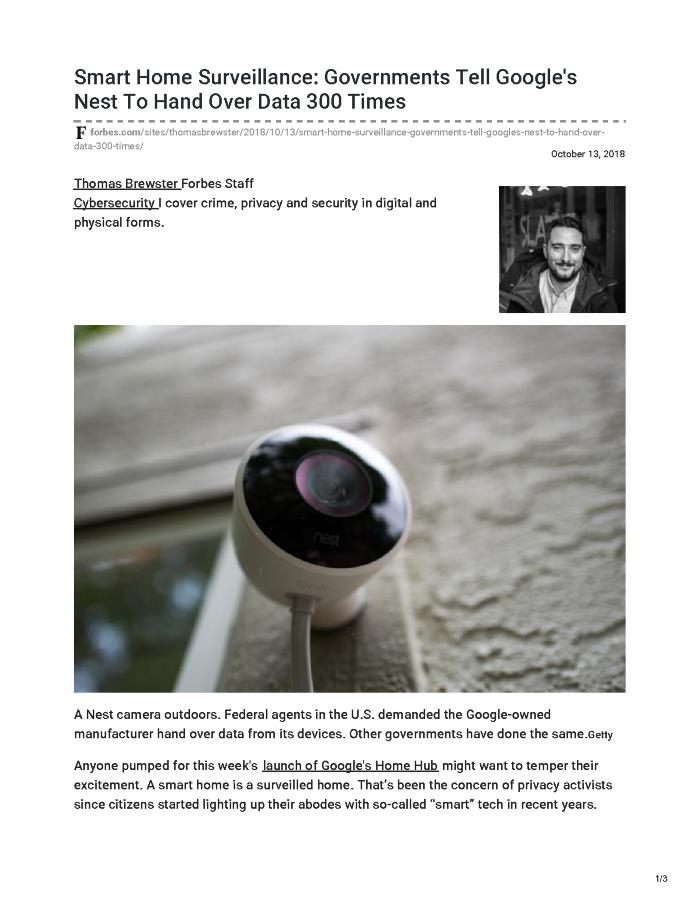 Anyone pumped for this week's launch of Google's Home Hub might want to temper their
excitement. A smart home is a surveilled home. That’s been the concern of privacy activists
since citizens started lighting up their abodes with so-called “smart” tech in recent years.

Take Google’s current smart home division, Nest Labs. It’s been told to hand over data on 300
separate occasions since 2015. That’s according to a little-documented transparency report
from Nest, launched a year after the $3.2 billion Google acquisition . The report shows around
60 requests for data were received by Google’s unit in the first half of this year alone. In all
those cases recorded from 2015 onward, governments have sought data on as many as 525
Nest account holders.