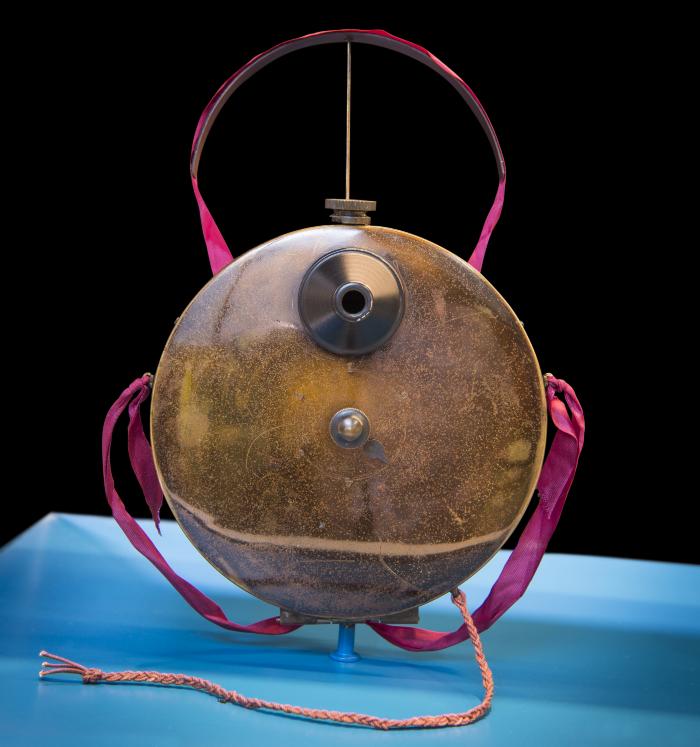 One of the most prevalent recent developments in wearable technology design is the body-mounted camera, made popular by devices like the GoPro. This early spy camera—or concealed vest camera, as it was more widely known—offered a similar possibility to early adopters of still film technology over a century ago. Equipped with a 40 mm lens and rotary diaphragm shutter for high-resolution still photography, this camera came fitted with a neck strap and shutter release cord for one-handed operation. Designed to be as inconspicuous as possible, its thin profile kept it flush against the chest, presumably hidden under a vest or waist coat, while its small protruding lens was meant to poke through a button hole for a clear shot. The release cord could then be pulled discretely, from below the camera, engaging the shutter without drawing unwanted attention.

Made in Berlin, Germany.

The Technology That Transforms Us: From the Stone Age to the Computer Age

The Wearable Past (2018)
Surveillance Issues And Technologies