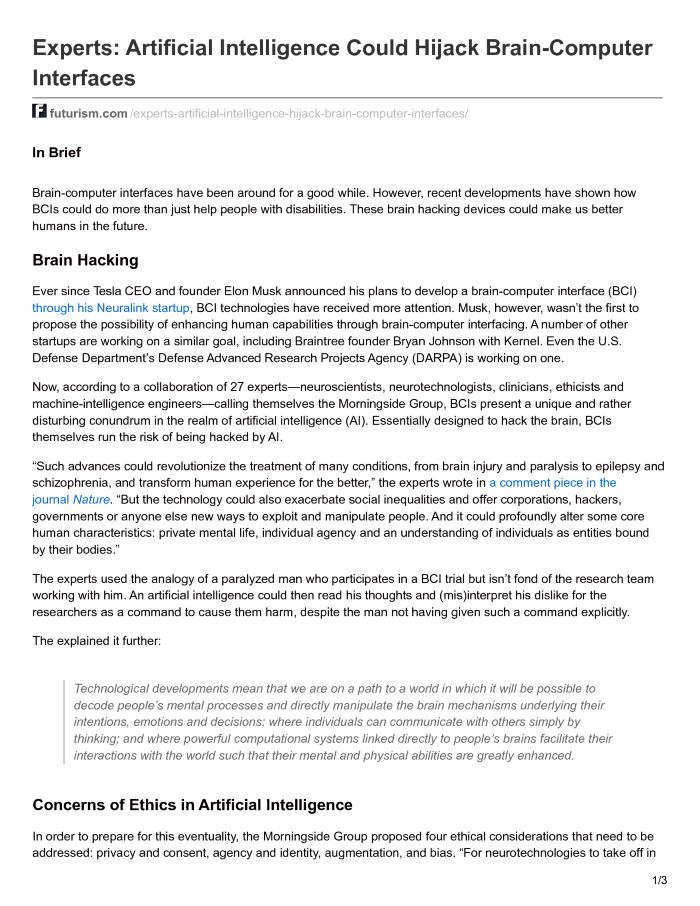 Ever since Tesla CEO and founder Elon Musk announced his plans to develop a brain-computer interface (BCI) through his Neuralink startup, BCI technologies have received more attention. Musk, however, wasn’t the first to propose the possibility of enhancing human capabilities through brain-computer interfacing. A number of other startups are working on a similar goal, including Braintree founder Bryan Johnson with Kernel. Even the U.S. Defense Department’s Defense Advanced Research Projects Agency (DARPA) is working on one.

Now, according to a collaboration of 27 experts—neuroscientists, neurotechnologists, clinicians, ethicists and machine-intelligence engineers—calling themselves the Morningside Group, BCIs present a unique and rather disturbing conundrum in the realm of artificial intelligence (AI). Essentially designed to hack the brain, BCIs themselves run the risk of being hacked by AI.