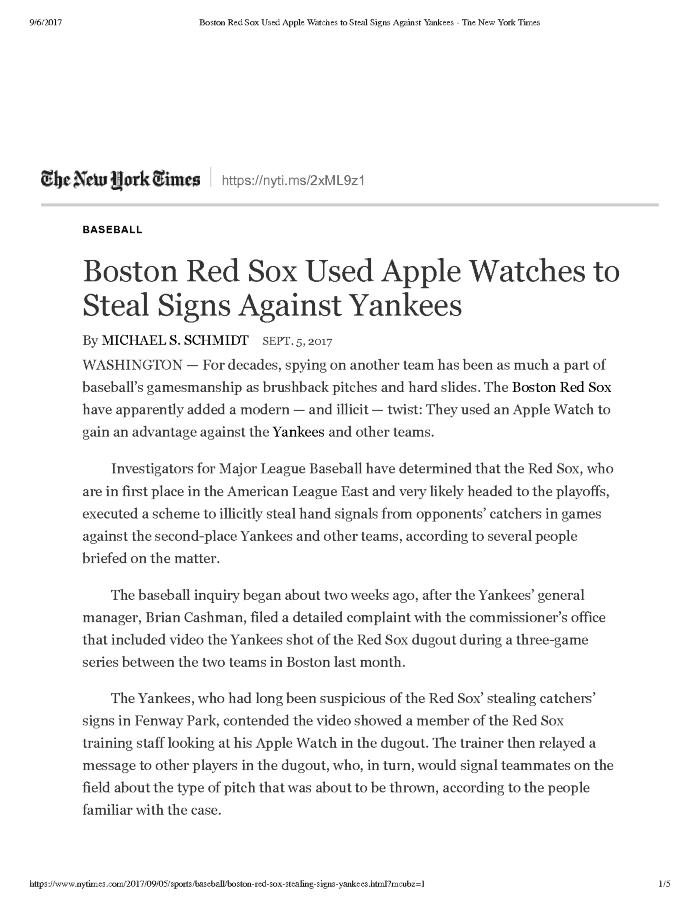 The Boston Red Sox used Apple Watches to steal signs against the Yankees during the 2017 regular season, and they admitted to it.

Michael Schmidt writes: "Investigators for Major League Baseball have determined that the Red Sox, who are in first place in the American League East and very likely headed to the playoffs,
executed a scheme to illicitly steal hand signals from opponents’ catchers in games
against the second-place Yankees and other teams, according to several people
briefed on the matter."

Apple - Apple Watch - Reveal
How Red Sox Used Tech, Step by Step, to Steal Signs From Yankees
The Future is Wearable - The Agenda With Steve Paikin