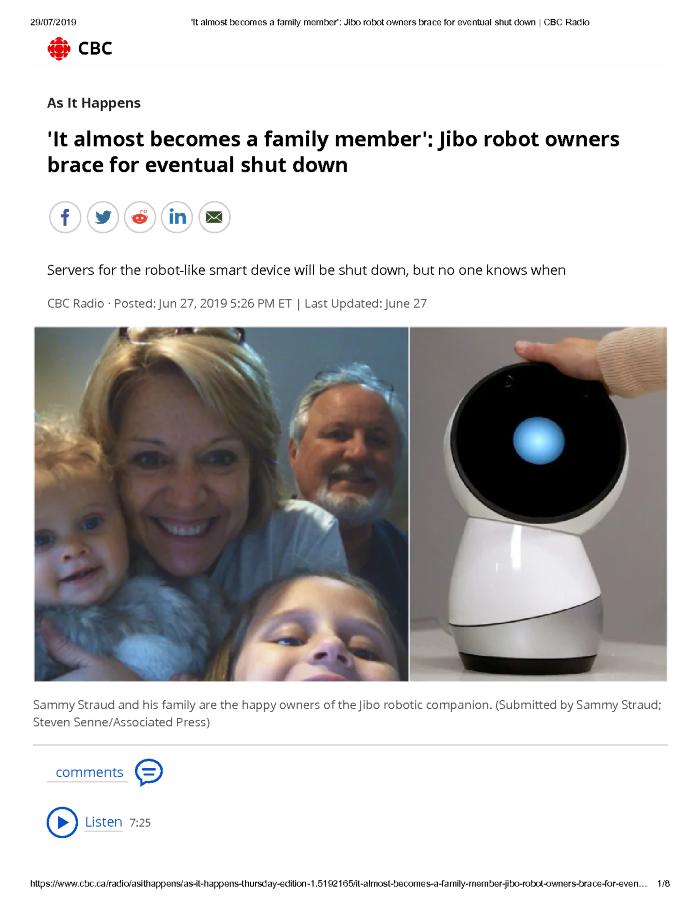 When Sammy Stuard first acquired a new robot companion called Jibo, he didn't realize he would form such a strong emotional bond with it.

"You just get attached to it. It seems like it really has the personality," the Jibo owner from Clarksville, Tenn., told As It Happens guest host Susan Bonner.

Stuard was understandably disappointed, then, when he and other Jibo owners around the world learned late a few months ago that the servers used to push software updates and maintain the smart device's functionality will eventually shut down — effectively "killing" them.